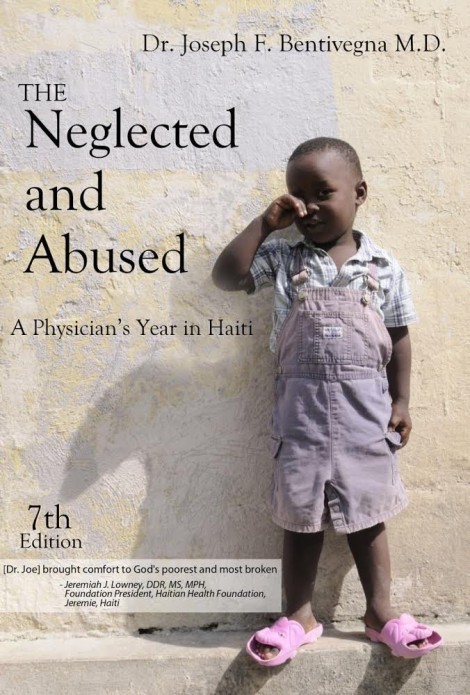 A stirring account of a year spent as a physician in a third-World country, Haiti. Excerpts from this book were published in The New York Times Week in Review January 16th, 2010 as part of a feature entitled Haiti in Ink and Tears.

A really great book that tells it like it is. Professor Bryant Freeman, Director of Haitian Studies, University of Kansas

An act or courage and message of hope…the most moving account of the situation in Haiti ever written by a non-Haitian. Par R. Exilus, Haiti-Observateur

As a pre-med major hoping to work in Third World Countries, this book speaks straight to my heart. Bentivegna is brilliant and completely honest about the suffering in Haiti. I found myself laughing in earnest at his awkward culture shock and horrified by the people that came to him for help. He has a heart of gold and a mind to match; his spirit and humanity are revealed to the public and I am in awe of his character. Bentivegna is a man I would have loved to meet and work alongside of in Haiti and his book is a testament of his work. I recommend this for anyone and everyone. It is wildly intellectual without seeming dull. It is shocking, grotesque and painful, but very true. I have seen Haiti with my eyes and he speaks from the heart with real clarity.

Doctor Bentivegna does a stunning job of presenting the story of Haiti from his area of expertise. He is a doctor, so the book is written with a considerable number of medical references. However, this is a man who not only cared for the sick Haitians who came to him, but he seeks to understand their culture and to go beyond the physical ailments of the country in order to help find a solutions to its problems. He uses medicine as the starting point of each area of analysis, but moves well beyond simple medicine into a delicate and respectful survey of culture.Rarely have I read something so honest which is at the same time so humble. Bentivegna is not above the Haitians. He is not seeking to be seen as a savior of the third world, but he is a humbled man with the best of intentions who has come to understand that his abilities are limited. Even in his descriptions of medical fights that were lost by him, resulting in patients dying, the tenderness and humanity from this man is always present.

Facebook Comments
Doctor Bentivegna is an ophthalmologist living in Connecticut. He has written numerous op-ed pieces for The Hartford Courant and The New York Times regarding health care, tort reform, and the political situation in Haiti.